IS THIS THE RIGHT TIME FOR A TENANCY ACT CHANGE? – Merrifield Real Estate

There is a lot of commentary at the moment about the ‘housing crisis’ – particularly how it is affecting the rental market.  One area of property that is not being widely discussed by the public though, is the State government’s proposed changes to the Residential Tenancies Act.  It is not in the current media cycle, though the proposed changes will likely impact further on the rental stock shortage and have potential to make the current situation tougher again.

So let’s look at a few of the proposed changes. Please note the changes below are not yet legislated but given that the current government holds the upper hand, I am confident the government will be pushing to get them through sooner rather than later.

Some of the proposed changes that may affect investment property owners are:

As you can see, these are quite significant changes to the status quo.  As I meet with landlords and investors around town, many I have spoken to are either unaware of these proposed changes or in dismay when they learn more about it.  The idea that a tenant can make changes to someone else’s investment, or bring pets into the house without any notice to the owners brings with it many questions.  How does this affect insurance?  Who is then liable should modifications be unsafe? What happens if a dog damages the property and the pet bond (Which is only $260), is insufficient to cover repairs?  At the moment, I don’t have answers to those questions.

And I am not alone, nor are the owners I speak with.  In January this year the Real Estate Institute of Western Australia (REIWA) sent a survey to investment property owners on this issue.  In only two weeks they had received more than 10,000 responses from landlords!! 10,000.  Think about surveys that you receive; how many do you reply to?  A response like this in such a short timeframe surely indicates the level of concern landlords hold over these changes.  Overwhelmingly, landlords were opposed to changes which further shift the balance of the laws in favour of tenants.

81.7% of respondents had not heard the residential tenancies laws were being reviewed;

85.7% of respondents believe the proposed changes increase the riskiness of investing in property;

62.1% of respondents said they would be likely to sell because of the changes, with a further 23.5% undecided;

The majority of local rental investment properties are owned by small, ‘Mum and Dad’ investors. 80% is the number of mum and dad investors that own 1 property across Australia   This perceived increase in the riskiness is not good, even if the risk can be mitigated, as many will simply look to put their investment savings elsewhere.  The figures stated above showing the planned mass exit from the investment market could have an enormous impact on rentals locally.  When investors leave the market, the houses are most often bought by owner-occupiers – that is, they are no longer available to lease.

We are already in a situation where we are facing a large undersupply of housing available.  If these results play out to be true (or even close to accurate) it will lead to less properties being available. In turn this leads to rents increasing further for tenants due to both increased costs to owners, and a further undersupply than present.

In my opinion, a proper conversation needs to be held with all parties, to address these concerns.  Pushing through changes as proposed is ill-timed given the current housing situation that we are all experiencing. I encourage further debate and holding off on any changes until everyone is better informed of impacts this will potentially have. 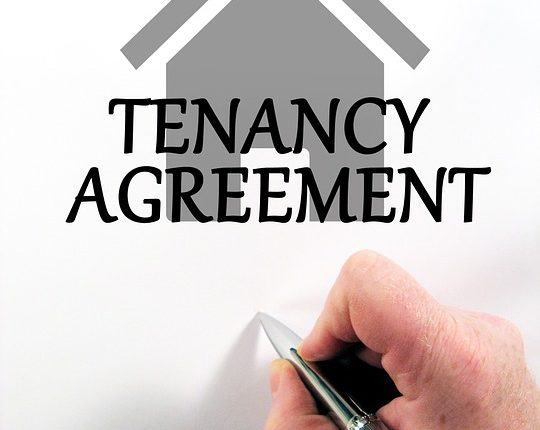